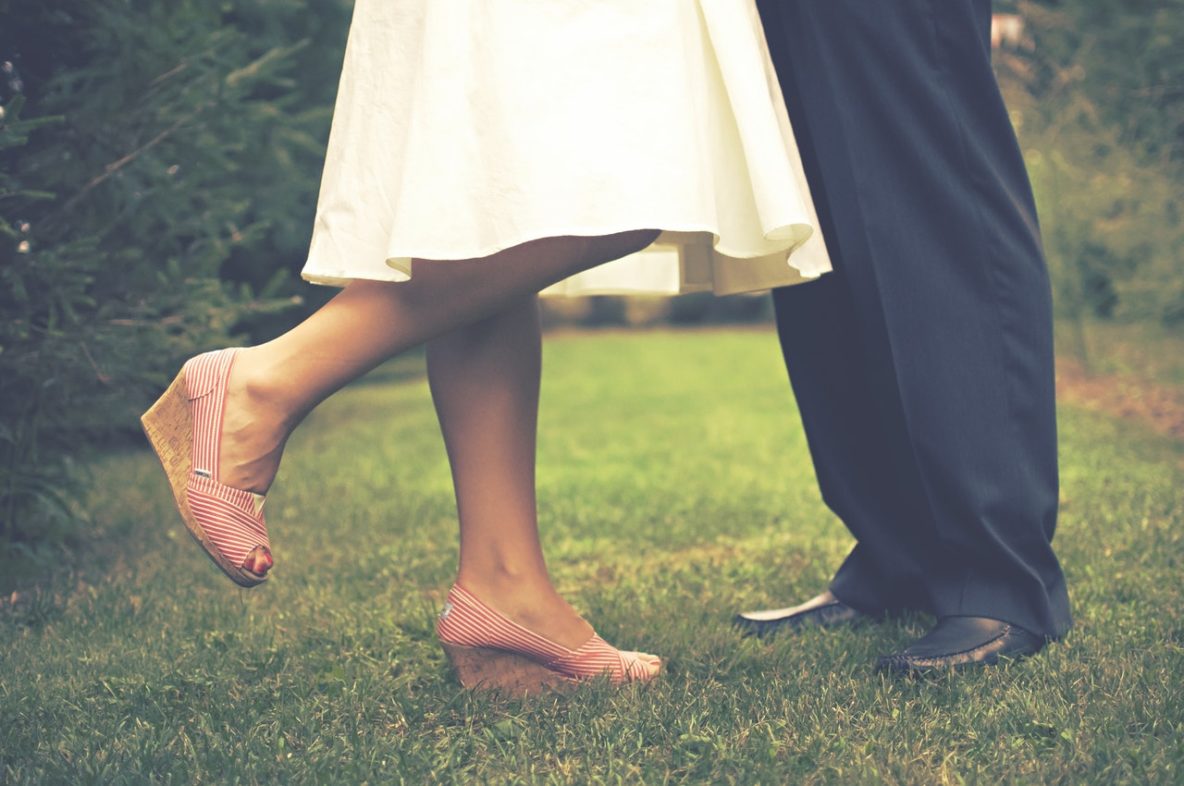 Like most interpersonal relationships, most romantic couples experience some challenge at some point in their relationship. Some of these common challenges may include infidelity, loss of intimacy, communication difficulties, coping with stress challenges, financial pressures, boundary violations, difficulty balancing individual and couple expectations, divorce, separation and breaking up. Whatever the challenge, it is important to note that all dyadic relationships will experience some kind of distress at some point. We will examine some of the more common romantic relationship challenges below.

Infidelity is increasingly becoming one of the most common relationship challenges in romantic relationships. The acts of infidelity or cheating can have devastating consequences on those involved. Having been cheated on can result in anguish, depression, fury and humiliation (Brand, Markey, Mills & Hodges, 2007). It has been suggested that infidelity is one of the leading causes of divorce and romantic relationship breakdown (Brand, Markey, Mills & Hodges, 2007).

Generally, infidelity is a violation of trust by one or both members of a monogamous romantic relationship that involves a third party individual, with whom one member has an improper relationship. Zola (2007) defines infidelity as an act of emotional and/or physical betrayal characterised by behaviour that is not approved by the other partner and that has contributed to considerable ongoing distress in the non offending partner. Infidelity can be in the form of an emotional affair, a sexual affair or a combination of both. Traditionally, men are considered to be primarily interested in sexual infidelity and women are considered to be primarily interested in emotional infidelity (Zola, 2007).

Zola (2007) suggests that there has always been a greater emotional need or tie when it comes to women and affairs, while men tend to have an affair primarily for sex. One of the reasons given for women’s preference to emotional affairs is to “mate switch”. This refers to the quest of finding a partner without giving up the security derived from the current partner (Brand, Markey, Mills & Hodges, 2007). Infidelity prevalence rates vary according to gender with female incidents reported to be 10% to 15% lower than those of their male counterparts (Zola, 2007).

In resolving this matter, women are found to be more likely to forgive a sexual infidelity where as men find it the most difficult to forgive (Zola, 2007). In support for this argument, Long and Young (2007) suggest that men are more approving of affairs for sexual reasons where as women are more approving of affairs of emotional justification. It is not uncommon that couples who have experienced infidelity in their relationships experience challenges in their attempts to resolve relational problems associated with it. As such, infidelity is considered one of the most challenging issues to treat in couple therapy (Zola, 2007; Brand, Markey, Mills & Hodges, 2007).

The word intimacy has taken on sexual connotations. But it is much more than that. It includes all the different dimensions of our lives. It involves the physical, social, emotional, mental and spiritual aspects as well as sexual components that can enhance the feelings of togetherness between the romantic couple (Larson, Hammond & Harper, 1998). According to Sternberg’s theory of love, intimacy includes emotional bonding and feelings of connectedness. Sternberg suggests that intimacy develops during the course of the relationship and will usually include decisions of loyalty to the relationship (Long & Young, 2007).

Intimacy has also been conceptualised as a sense of self disclosure, sharing of one’s self and feeling closer to one’s partner. Intimacy is maintained by engagement in intimate conversation (Brunell, Pilkington & Webster, 2007; Kirby, Baucom & Peterman, 2005) and is considered a major part of romantic relationships. It is also an important factor for psychological wellbeing and is linked to positive and satisfying relationships (Brunell, Pilkington & Webster, 2007; Long & Young, 2007).

It is fair to assume that the quality of the romantic relationship will often be judged by the frequency of intimate interactions as perceived by each individual. It is these unmet intimacy expectations that can often affect the relationship negatively and pose challenges for the couple (Kirby, Baucom & Peterman, 2005). Therapists dealing with loss of intimacy in romantic relationships should help clients develop trust and communication skills that can help to overcome barriers to intimacy.

Conflict is part of any interpersonal relationship and occurs as a result of differences in opinions. People differ in values, dreams, desires and perceptions. Therefore, we are all bound to encounter conflict at some point in our lives (Long & Young, 2007). Conflict can range from less serious mild disagreements to more intensely heated arguments. Previous research has found that marital conflict often stems from unmet needs, wants, and desires. From this perspective, marital conflict is defined as a process of interaction in which one or both partners feel discomfort about some aspect of their relationship and try to resolve it in some manner (Hamamci, 2005).

When one person needs or wants something badly enough, and the other person is unwilling or unable to meet that need, resentment will often grow. Then, if one were to add the power of an unruly tongue, the situation will usually become ripe for very destructive forms of conflict. To look at it pragmatically, romantic relationship conflict will often happen when one member of the couple perceives inequity or experiences an imbalance in rewards or benefits from being in the relationship whereby it is perceived by one member of the couple that the other only cares about his/ her individual needs (Long & Young, 2007).

The negative consequences of conflict are probably familiar to all of us. Conflict can cause psychological pain that manifests in withdrawal and distance, depression, anxiety and/or aggression. Not only between the couple but also with those who are living around them (Choi, 2008). However, there are also constructive outcomes to conflict in romantic relationships. For instance, people who continue to relate to one another despite their conflict may build greater trust and confidence in each another and become more apt in their ability to resolve their problems (Johnson, 2007). However, reoccurring conflict is usually a symptom of a problem in the romantic relationship and therefore should be addressed intentionally by the couple. The role of the counsellor, when dealing with couples who are experiencing conflict, is to help them identify the source of such conflict and its style to assist them in implementing skills to resolve the disagreements (Relationships Australia, 2009).

A good healthy romantic relationship is often characterised by good communication. Healthy couples speak openly and directly with congruent non verbal cues allowing them to convey the intended message accurately. Communication in romantic relationships connects and reassures partners and allows them to discuss and solve problems and share important information and views (Long & Young, 2007). Challenges occur when the messages we send to the other are misunderstood or misinterpreted.

Sometimes sexual challenges may occur as a result of sexual dysfunction. Sexual dysfunctions are characterised by psychosocial disturbances in sexual desire resulting in distress and interpersonal difficulty (APA, 2000). According to the DSM- IV-TR, some of the common sexual dysfunction disorders include sexual desire disorder, sexual arousal disorder, and orgasmic disorders. It is crucial for the therapist to differentiate sexual problems from sexual dysfunctions in order to determine the appropriate referral when necessary. If sexual problems are an issue the therapist can help clients explore options for achieving emotional and sexual intimacy in their relationships.

While substance abuse, particularly alcohol, has been associated with financial problems and health problems that contribute to relational distress, many people use it as a way of coping with the problems in their relationships. The first issue, of course, is money. Alcohol is expensive. Spending a great deal of money each day on alcoholic beverages is a serious problem that can put a great deal of strain on relationships. Alcohol can cause people to become less sensitive to the feelings of others too. Alcohol can make it difficult for people to distinguish between the other person’s emotions, and thus they may make incorrect judgments that negatively impact their relationship with their partner (Sharf, 2001).

Time is an issue as well. Drinking is not a “one and done” type of activity. It can take hours out of the day, hours that could have been spent as a couple. The imposition on couple time from excessive drinking can cause partners to emotionally drift apart often resulting in problems within the dyadic relationship. Because of these and other factors, alcohol abuse has been singled out as a contributing factor to divorce, physical abuse and lowered marital satisfaction (Long & Young, 2007).

Divorce and Breaking Up

Divorce rates are increasing at an alarming rate. In Australia, 40% of marriages end up in divorce where as in USA, 50% of marriages end up in divorce (www.divorcerates.org). For romantic relationships that continuously experience high distress, low satisfaction and low relationship quality, at some point one partner or both come to a decision to end or terminate the relationship, if such challenges are not resolved. According to ideas derived from social exchange theory, termination of marriages and romantic relationships will often occur as a result of costs exceeding rewards. If the individual perceives that they are not getting more than what they have invested in the relationship, this may lead to dissatisfaction with the relationship (Amato & Hohmann-Marriott, 2007).

Divorce and break up can be a difficult and painful experience for many. The termination of a relationship or divorce can affect an individual financially, socially, emotionally and psychologically (Long & Young, 2007). Feelings of depression, anxiety and other psychiatric disorders are often experienced during this time (Williams & Dunee-Bryant, 2006). The role of the therapist is to assist clients through this life changing transition.