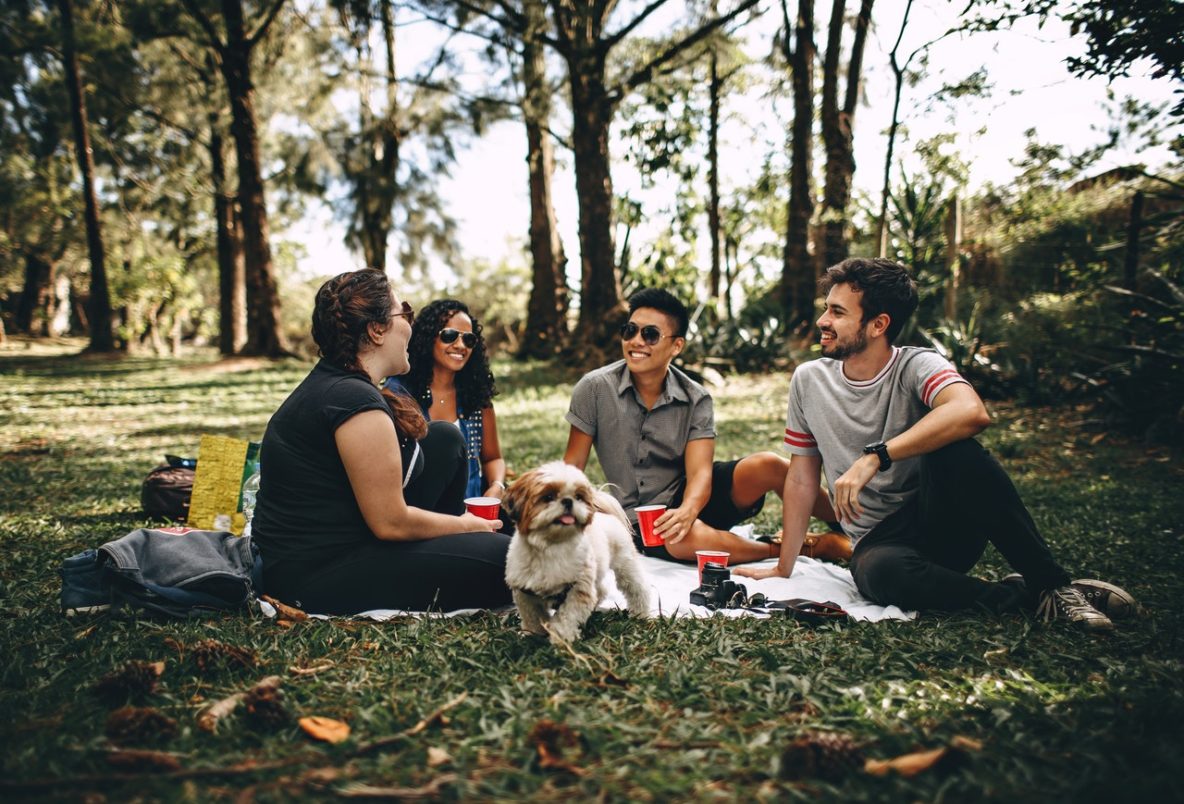 Most People Are Terrible at Knowing How They Come Off

For better or worse, first impressions can be hard to shake. Whether it’s a high-stakes job interview, a blind date, or dinner with future in-laws, research has consistently shown that the way we first come across can set the tone for a relationship long after the initial encounter.

It’s not surprising, then, that first impressions can also be a source of significant stress. Most of us have had the experience of agonizing about an interaction immediately after it ends: Why did I talk so much? Did he think I was boring? How could I have messed up that joke?

A recent study illustrates just how common these reactions really are. Over a series of five experiments pairing up strangers in conversation, a team of psychologists uncovered a phenomenon they dubbed “the liking gap”: Even before meeting the person they were paired with, participants predicted that their partner would find them less interesting than they would find their partner. Following the conversation, participants believed their partner liked them even less than they had initially predicted, even though their partners generally felt far more positively toward them afterward. In other words, we tend to wrongly assume that new people won’t like us before we’ve even met them, and these mistaken beliefs only intensify afterward.

Which raises the question: How can we be so wrong about our first impression?

Time and again, research has shown that humans are notoriously poor judges of who we are and how we come across. In general, we tend to overestimate our socially desirable characteristics, a phenomenon psychologists call the “illusory superiority effect.” Most of us hold statistically impossible beliefs that we are above average in everything, from intelligence to attractiveness to academic aptitude to job performance to driving ability.

At the same time, humans are hardwired to worry about what others think of us. For our ancestors, being cautious about social interactions came with a survival advantage. Banding together kept us safe, so those who were cut off from the group faced certain danger and even death. (This may be why social rejection activates the same parts of our brain as physical pain.)

Being able to critically evaluate our first impressions — and perhaps even underestimating them — was therefore adaptive: an overcorrection to keep us in the good graces of our peers.

Take note of the other person’s verbal cues. Are they asking questions? Agreeing with you? Complimenting you?

In modern life, though, it’s more often detrimental. Misjudging how much people like us can interfere with our relationships before they even begin and sap our confidence in the process. Luckily, there are strategies you can use to get a more accurate sense of the first impression you’re really making.

When it’s difficult to get a read on someone over the course of a conversation, we tend to fill in the gaps with our own fears and insecurities. If you think you’re too shy, for example, you might conclude that your shyness is making you seem less likable, regardless of whether that’s really the case.

Instead of relying on the stories you make up about how you’re coming across, do a little work to learn how others are actually perceiving you. Find a handful of friends or colleagues and ask them, “What was your first impression of me when we met?” Write down their answers and search for themes.

The biggest driver of the liking gap is getting too caught up in our own thoughts to notice that a new acquaintance actually likes us. Though people aren’t always forthcoming about how they feel, we can usually decode the signals they’re sending if we pay closer attention.

But it’s not always easy to get out of your head when you’re caught up in self-criticism. One technique that can help is called thought-stopping. When you meet someone new, if you find your inner monologue turning into a steady stream of insecurity, make a hard mental cutoff — maybe visualize something like a stop sign — and tell yourself, “Stop. This isn’t helpful.”

Then turn your focus to the other person, making note of their verbal cues. Are they asking questions? Agreeing with you? Complimenting you? Pay attention to nonverbal signals, too — are they nodding their head, making eye contact, smiling? When you begin to directly focus on their behavior instead of your own thoughts, you will usually find more encouraging signs than you might have predicted.

As mentioned earlier, most people decide before meeting someone that their first impression will be negative, only to become even more self-critical afterward. When the authors of the liking-gap study asked participants to recount the three most important moments that shaped the other person’s view of them, they tended to focus on instances where they had fallen short of their own expectations, even though it’s unlikely their partner even noticed. “Where speakers are thinking that they have failed to live up to their ideal,” the authors wrote, “listeners are thinking that it could be much worse.”

The truth is that most strangers won’t hold us to the same impossible standards that we hold for ourselves. If you can slightly relax your expectations, you might have a more pleasant experience when meeting someone new. Afterward, you can continue to pay attention to the positive by asking yourself what went well in the conversation, rather than ruminating about what went poorly.

Turn the Focus on the Other Person

In an average conversation, we spend an average of 60 percent of our time talking about ourselves. Self-disclosure, as psychologists sometimes call it, is an inherently enjoyable activity that engages the reward centers of our brain. It’s so rewarding, researchers have found, that given the choice between cash and self-disclosure, people are more likely to choose self-disclosure.

One way to ensure you make a good first impression, then, is to focus on asking questions and showing genuine interest in the other person. It sounds obvious, but it’s one of the most powerful — and easiest — strategies you can use, with the bonus of taking a little pressure off yourself. Indeed, when you allow others to talk about themselves, you’re able to make a great first impression by saying very little. And when you make others feel better about themselves, they’ll feel even better about you.